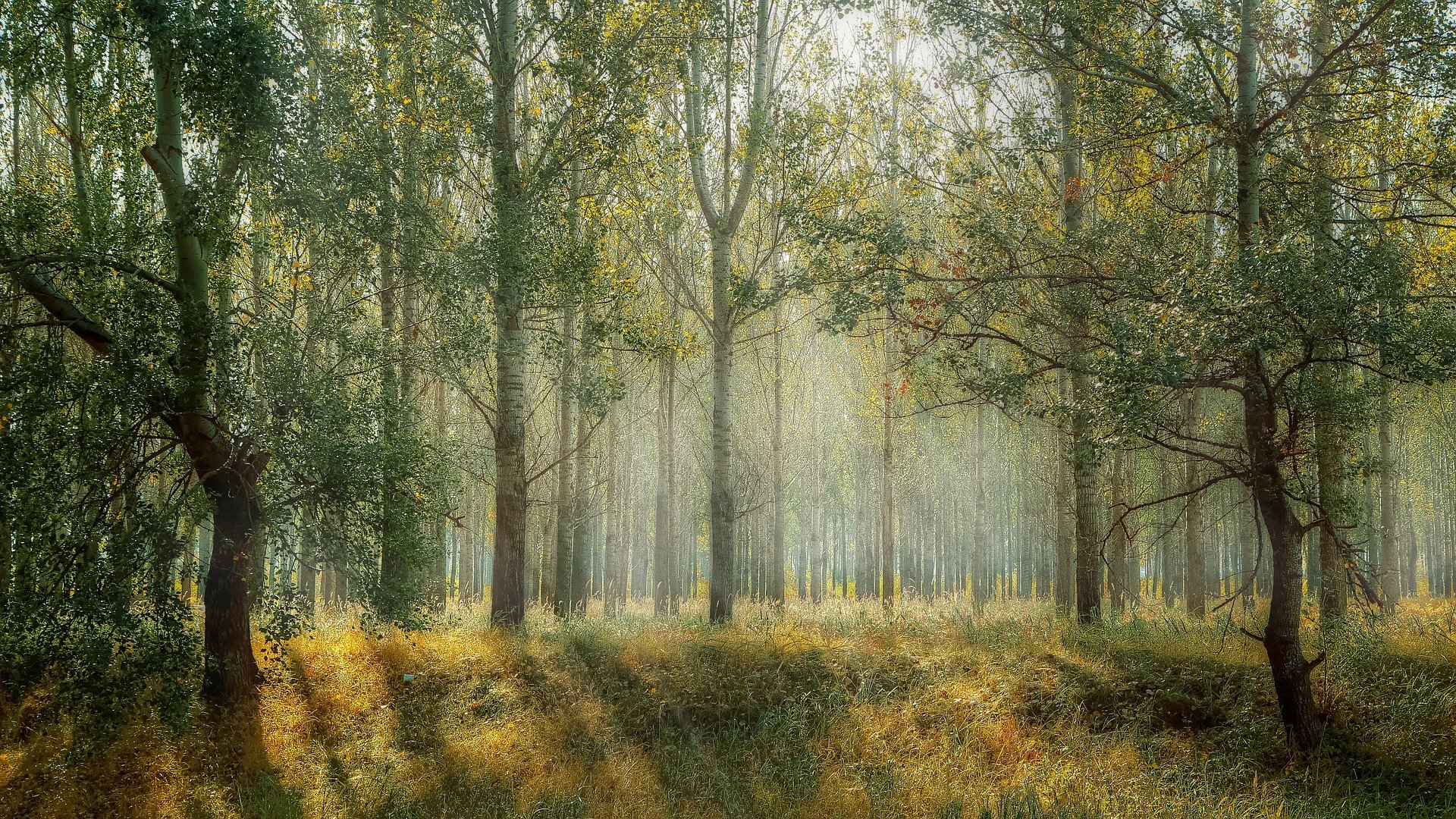 All over the world, trees stand guard over their forest ecosystems, like still, silent, sentinels. However, these trees might not be so silent after all. There is evidence that trees can communicate and help each other, uprooting the traditional idea of competition between trees as the only way they adapt.

The Importance of Fungi

There are many adaptations and structures that make communication and aid between trees possible. Many of these structures are ectomycorrhizal fungi, members a type of fungi that have a symbiotic relationship with trees and partially live within the tree roots. One study found that thirty-nine, give or take one percent, of total soil microbial biomass was contributed by ectomycorrhizal fungi, showing the important role of mycorrhizal networks in the below-ground transfer of carbon between trees (Högberg, Mona N., et al. 491). This evidence explains that the ectomycorrhizal fungi are an important part of the ecosystem. These mycorrhizal fungi form underground networks of mycelium, root-like structures. Specifically, Laccaria bicolor is a species of ectomycorrhizal fungi that has been studied. Researchers discovered that the genome of Laccaria bicolor increased in the areas of protein-protein interaction and signal transduction mechanisms, which could signal specialization for the purpose of symbiosis” (Martin, F., et al. 88). They also observed other interesting features of the species’ genome and life: “expression of several SSPs was downregulated in ectomycorrhizal root tips, suggesting a complex interplay between these secreted proteins in the symbiosis interaction” (Martin, F., et al. 88). These results show that the fungi L. bicolor may use small secreted proteins to aid in their mutualistic relationship with trees. In conclusion, “the rich assortment of MISSPs[mycorrhiza-induced small secreted proteins] may therefore act as effector proteins to manipulate host cell signalling or to suppress defence pathways during infection” (Martin, F., et al. 88). L. bicolor certainly contributes greatly to the networks between trees, and trees also help the fungi. One group researching fungi found that ”the C [carbon] used for production of these sporocarps is from tree below-ground allocation in the late season” (Högberg, Mona N., et al. 490). Trees place carbon underground and send some to other trees, while some of this carbon goes to benefit the fungi. Ectomycorrhizae are the main structures in the the networks connecting trees. 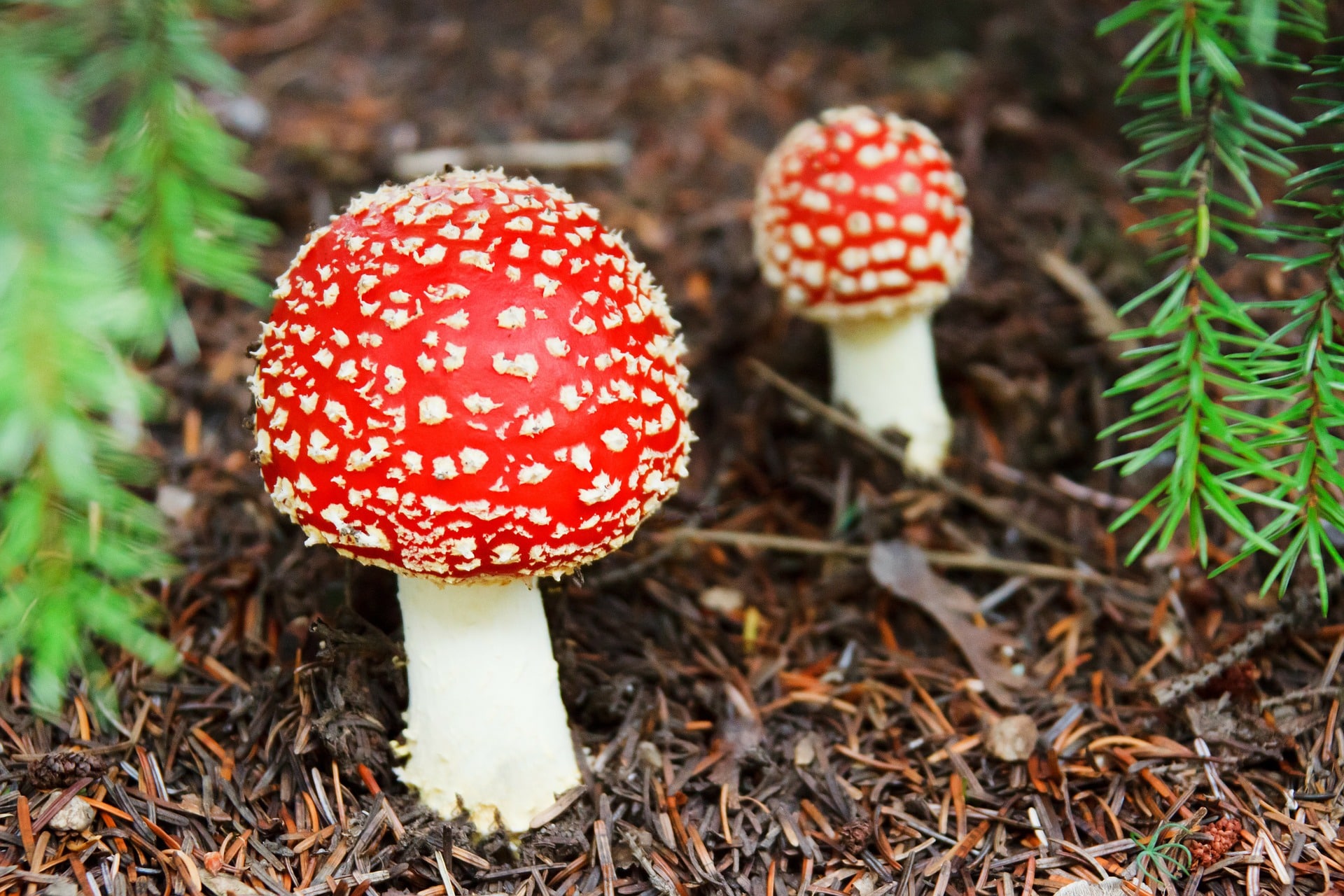 Trees can communicate a variety of signals and materials. One of the most common of these materials is carbon, which is transferred through root connections between trees. The transfer of carbon has been shown in numerous studies (Simard, Perry 581). Trees also send each other defense signals, though one study suggests that the communication of defense signals may not be through the root networks: “Even though root connections can trigger physiological responses to defoliation in non-defoliated aspen suckers (Baret and DesRochers 2011), our results suggest that these root pathways do not automatically lead to induction of defensive traits that are expressed in plants directly under herbivore attack” (Jelínková, Hana, et al. 1354). Rather, it seems that the expression of defense signals and responses is regulated through airborne volatiles. The same study found that there was an upregulation of dihydroflavonol reductase and Kunitz trypsin inhibitor, two signs of defense response, in sibling ramets, whether they were connected to the control group or the wound-treated plants. This suggests a role of herbivore-induced plant volatiles (HIPV) in spreading defense signals throughout the population (Jelínková, Hana, et al. 1353). Communications are sent through the air as well as the roots. Trees can send carbon and defense signals to each other.

“Trees send each other defense signals… through airborne volatiles.”

Trees help each other in other ways as well, creating mutualistic relationships between them. In order to continue the genetic lineage, clonal parent plants will help out their connected ramets. In one species of a water plant, clonal parent plants were found to transfer 10% of their carbon to connected ramets, and this has been shown to increase the survival and growth of the ramets (Warembourg, Roy 1459). One group of Canadian scientists researched the relationship between Douglas Fir (Pseudotsuga menziesii) and Paper Birch (Betula papyrifera) using radioactive and stable isotopes of carbon. They noted that “Net transfer from B. papyrifera to P. menziesii was associated with whole-seedling net photosynthetic rates 1.5 and 4.3 times greater for B. papyrifera than for P. menziesii in full light and deep shade, respectively, and foliar nitrogen concentrations twice as great for B. papyrifera as for P. menziesii” (Simard, Perry 580). In other words, the birch helped out the fir because the fir was converting less energy from sunlight into glucose. They concluded that “when P. menziesii seedlings are establishing and growing in the shade of illuminated B. papyrifera in natural, mixed communities, they may benefit directly from their association with B. papyrifera through supplemental gains in transferred carbon” (Simard, Perry 581). Trees benefit from their relationships with each other. 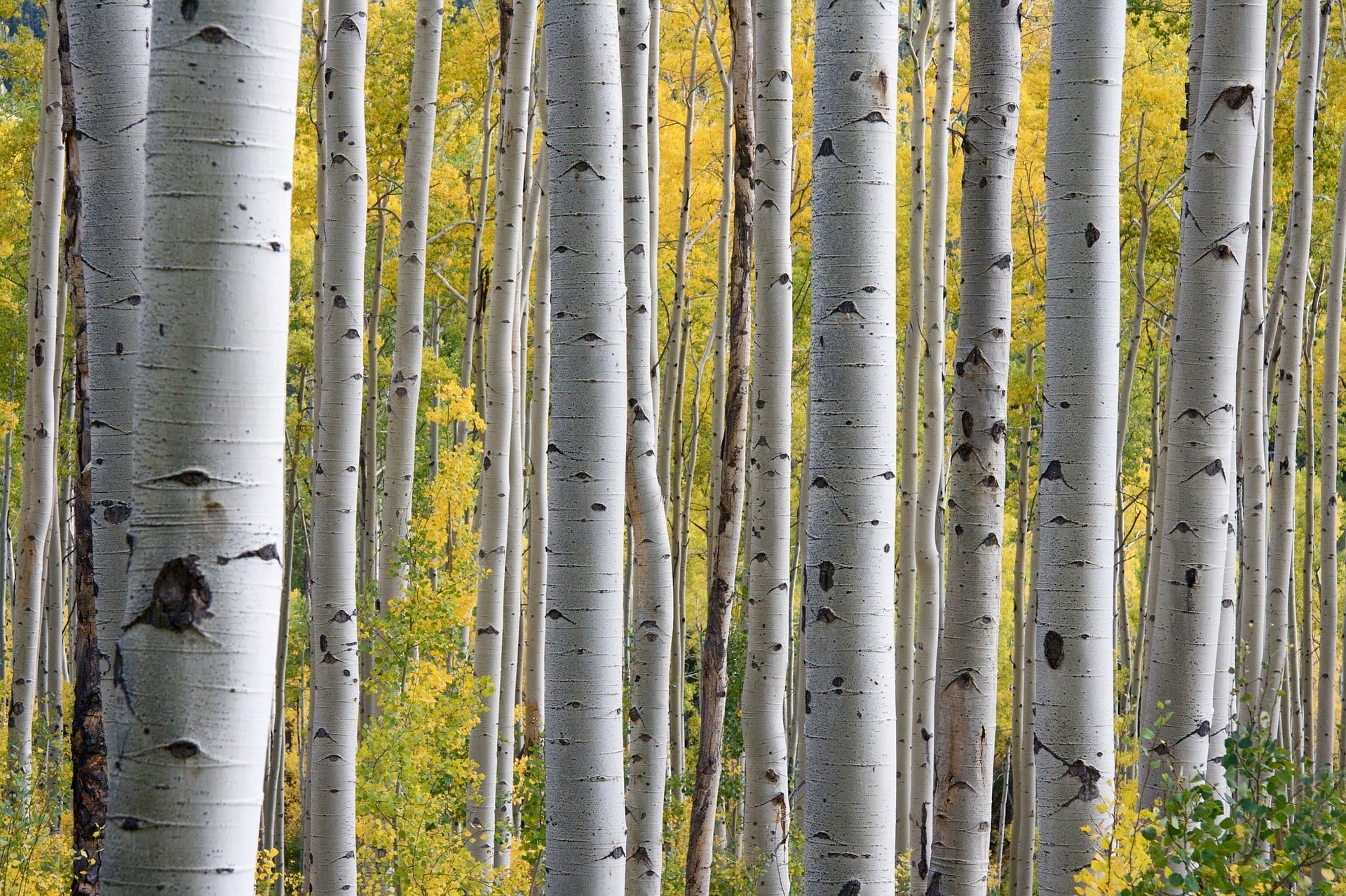 In general, trees that communicate and have mutualistic relationships with other trees are more successful than other trees. A group of researchers studying Canadian pine forests found that the late-season increase in the carbon allocation of boreal pine forests doubled the increase found in a study of temperate poplar forests, and this could be the reason for the decrease in leaf area of poplars during the late season (Högberg, Mona N., et al. 490). The trees that communicated in the form of carbon had larger leaf area later in the season. There is a growing body of evidence showing that trees communicate, and that the communication could be a large part of their survival strategies. However, there is still reasonable room for doubt, because of the proven fallibility of science, and the principles governing scientific reasoning. Pioneering studies may prove to be flawed, and many biologists acknowledge this, including the group studying colonies of aspen: “To clarify the role of aspen root networks in anti-herbivore defense, further studies employing real insect feeding are needed” (Jelínková, Hana, et al. 1354). In the world of science, study results are always taken with skepticism, as they should be, and the relatively new science of tree communication should be treated as such. However, so far, the trees can be seen to benefit from communication.

Trees can likely communicate in ways that are beneficial to them, through carbon transfer, airborne volatiles, and networks of fungi. Behind the quiet exterior of a stand of trees, there may be a lively conversation taking place. It just takes a careful listener to hear it.

« Concrete How to make toast »
comments powered by Disqus