My Dealings with Museum Security in Florence 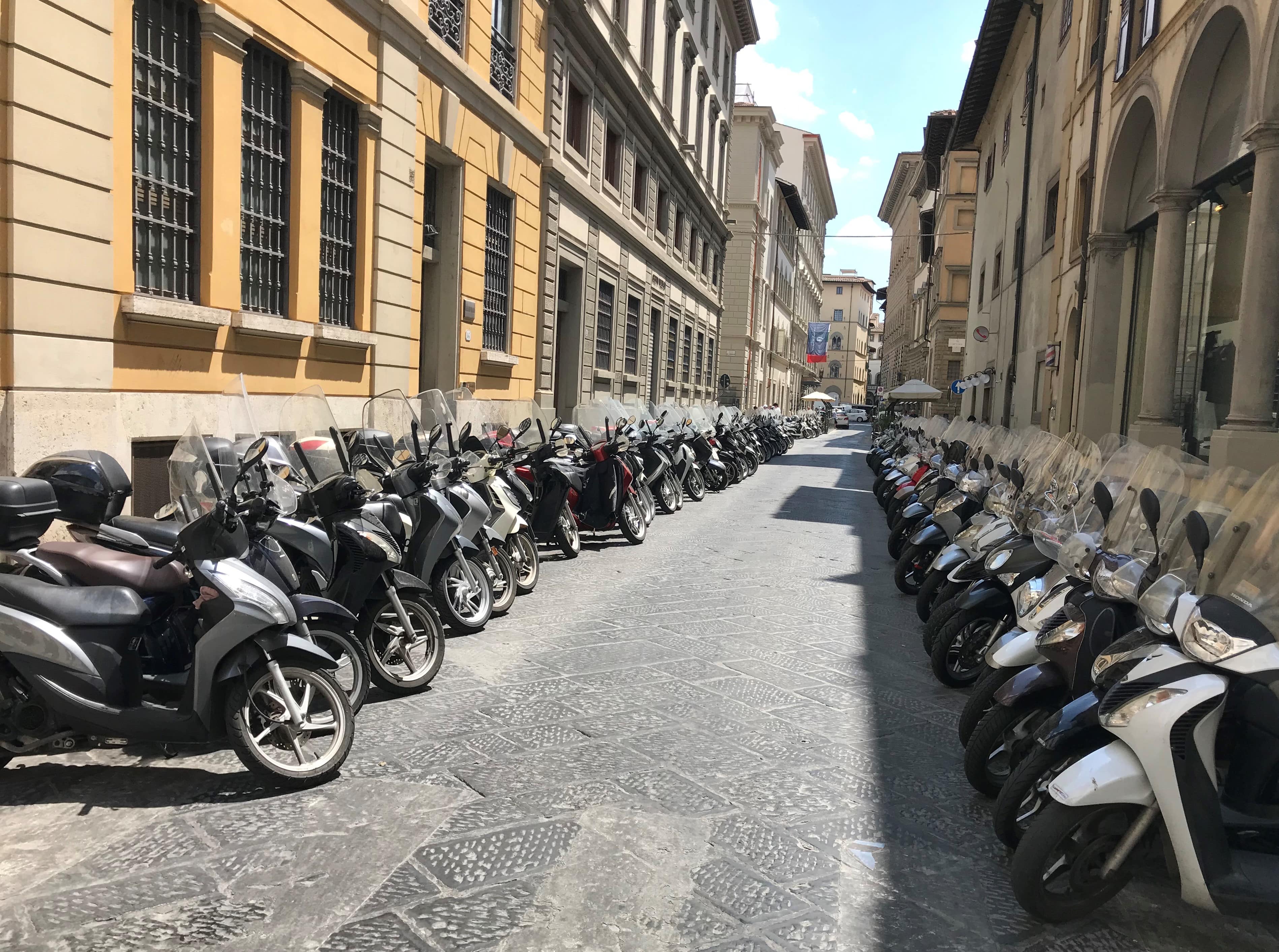 It was a blistering hot day in Florence, part of the record-breaking heat wave of 2019. The kind of day where, despite the thick white coat of sunscreen I lathered on layer by layer, my normally tan skin shone the same red-orange hue of the tomato sauce in pizza margherita. In fact, just a few sprigs of basil would complete the picture.

Florence is a beautiful city. It would have been so easy to fall into a heat-induced daze, to sink into the soft plush clouds nestled against the pure blue sky and lose all sense of time and place and direction. But to do so would be fatal—the scammers were at the top of their game.

For my dog, our family’s backyard is his outhouse. My mother likes to call them dilei, land mines. Finding my way through the grass makes me feel a bit like Tom Cruise in Mission Impossible. It wasn’t until going to Florence that I realized the value of this daily practice.

During our daytime tour of the city, the Florentian scammers demonstrated what I must admit is an ingenious strategy: they would cover the street with a tapestry of prints, featuring landmarks like the Leaning Tower, the Cathedral of Santa Maria, and the Baptistery of Saint John. The prints, obviously of cheap quality and mass produced, stretched across the street, covering nearly all of the age-worn cobblestones of the old town.

All this in the hopes that some hapless, naive (and probably American) tourist would step on one of these prints.

“20 euros! 20 euros!” The shout startled me from my ruminations. A scamster had ensnared a member of our tour group. Judging by the victim’s face during this exchange, his brain was in conflict. On one hand, the American values of trust and minding your own business demanded that he compensate the merchant for his damaged merchandise. On the other hand, this was not America and no one was guaranteed to play by American rules. I watched to see what he would do next.

In the end, he paid up. For these Florentian scammers, fear was probably the greatest factor in their ability to convert innocent tourists into lucrative assets. Fear of being in an unknown place with unknown people and language and customs and who knows what could happen if I do something wrong and suddenly the police and the mafia and the carabinieri are after me what do I do?

But fear is not the only lesson I learned from the scammers. In fact, I noticed that these people were actually masterful artists, crafting alternate realities out of thin air.

In other words, these Florentians had perfected the craft of subjective truth. That afternoon, subjective truth is exactly what I decided to apply with a security guard at the Accademia Gallery in Florence, a museum featuring Michelangelo’s David. All I wanted was to keep my water and my reusable water bottle. Should be a piece of cake, right? Not so much.

Being a museum of great stature, the gallery prides itself on airtight security. As a result, part of the airport-style entry rules forbids beverage containers with a capacity of 1.5 liters or more. I, being a connoisseur of fine beverages, had with me a half-full 1.5 liter bottle of refreshing sparkling water, along with a reusable bottle of possibly suspicious tap water.

At this point, I realized I needed to take action, immediately. In my backpack were a reusable bottle (smaller than 1.5 liters) filled with water I did not need to keep, along with a single-use bottle (1.5 liters) filled with water that I needed as hydration for the remaining half of that sweltering day. Logically, then, I should empty out the reusable bottle and fill it with sparkling water, dispensing the 1.5 liter bottle.

While my plan appeared foolproof, I forgot to account for one glaring fact: the security guard spoke even less English than I could speak Italian. To give you a sense of my knowledge of Italian, my vocabulary is limited to just a few words: buon giorno, andiamo and pizza margherita. How would it be possible to convey any sense of truth without a common language?

The museum security had graciously provided a receptacle for these unwanted beverage containers, in the form of a cardboard box with a trash bag stretched over it. By this time, it was already filled with bottles of all denominations, some left partially open and leaking. I wanted to get rid of the water in my reusable bottle. I wanted to keep the water in the larger bottle.

So I poured the water into the cardboard box. Whoops.

What followed was bedlam: the security guard exploded into a vicious verbal tirade, ridiculing my unprecedented stupidity. Hearing the commotion, the neighboring security guard joined him in his outraged comments, also in Italian. All eyes in the room turned towards me, some with expressions of disgust and others with quiet sympathy. Apparently, I had done something terribly wrong, though I couldn’t understand what it could have been. But I wasn’t done yet—I still had to transfer the water from my larger bottle into the now-empty reusable one.

It must have taken no more than five seconds. And yet, the seconds it took to refill my water bottle slowed the rushing river of time to the pace of a half-frozen, mushy creek in the winter. Meanwhile, despite the museum’s ample air-conditioning system, my ears began to redden as I absorbed the heat shooting at me from the security guards’ incomprehensible insults and the crowd’s inexplicable attention.

Finally, the moment was finished. With a satisfying click!, I screwed tight and shut the water bottle, replaced it in my bag, and continued into the museum with red ears, feigning deafness to the enraged shouts of the guards that still echoed off the walls behind me.

Reflecting on this moment now, I realize it may have been a mistake to pour the water into the box, even though it didn’t hurt anyone. I have now concluded that some knowledge of Italian would have been necessary to avoid completely misunderstanding the situation. What do you think? Leave a comment below!

« Can we achieve symbiosis with machines? Neuralink and Facebook try to answer the question. Why Sustainability Makes Economic Sense »
comments powered by Disqus