The Two Sides of Liupanshui 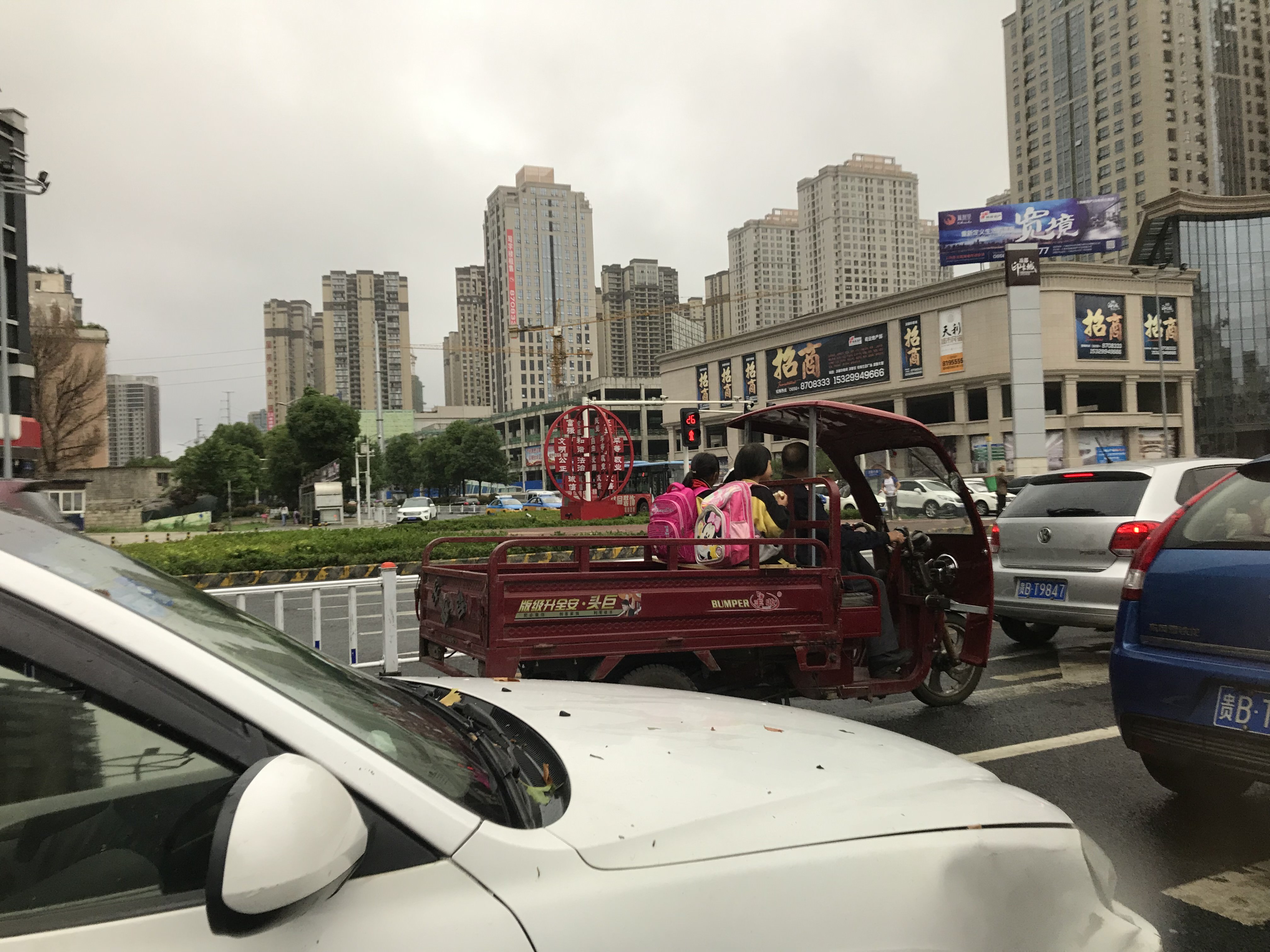 Liupanshui is a city of incredible contrast. On one side is the “capital of cool” — a clean modern summer home for visitors escaping the heat of the big cities in the East of China. Go through a tunnel, however, and you are thrust into a different world.

The first thing you’ll notice is the air. Old Liupanshui is a steel town, and the air hangs thick with soot. Flecks of coal, ranging from microscopic to corn-flake size, transform the sky into a soupy sort of oatmeal. Once a major employer, the local steel company has taken a hard hit in recent years, burdened by the unprecedented rise of automation.

We coast through the unkempt streets in a sleek Honda CR-V — my brother and I, my mother and her sister — searching for the past. At last we arrive. In the span of a couple dozen years, the landscape has mutated so that the dilapidated buildings are now hundreds of feet from the road, barely visible through the thick smog. But the corrugated metal roofs and the ancient wooden walls reveal their identity:

This is the site of my mother’s childhood home. We pull off to the shoulder and snap a few photos. Then we pile back in the car. As we drive on, my mom regales us with tales of the past. when they were little, she and my aunt would have to make tea to cover up the flavor of water, because it was tainted thick with charcoal and chemicals.

A familiar whistle makes my ears perk up. A train! We park the car and venture out to a landing that overlooks a chasm where overburdened trains lug sloughs of coal, rumbling on their rusty tracks. But the incredible size of the trains is not what captures my attention. On the landing, a ring of spectators gather round a small, raised pavilion — what could they be up to? I wander over to the wall of humanity and stand on tiptoe to get a peek. I catch a glimpse of dice and a small wad of cash on the table — all the trappings of a game, and yet the spectators’ faces are frozen like stone. A couple weatherworn faces turn towards me silently, their ragged clothes and deep wrinkles screaming “you don’t belong here.” I turn away and walk, quickly.

In my hurry to get away, I nearly run headlong into a group of kids playing a game of Chinese jump rope — like cat’s cradle, but played with legs instead of fingers. Their faces, darkened by soot, shine brightly, full of joy and wonder and whimsy. In the midst of apparent poverty and desolation, not to mention rising unemployment, they smile and laugh as they try to untangle the rope tied between them.

For a while, I marvel at these carefree children. Then I turn to the disillusioned rabble of gamblers. Back and forth, back and forth. I study myself, an intruder from the world of white tablecloths and privilege and books and books and books. The rumble of the trains fades into the distance, and all I can hear is the sweet laughter of the children, blending with the raucous cry of a triumphant gambler and the murmur of my mother and aunt’s wistful reflections on this place now foreign to them. The sounds swirl together, young and old, rich and poor, past and present, as a symphony of colors. For just that moment, the gap between us all had shrunk from a gaping canyon to nearly nothing at all. 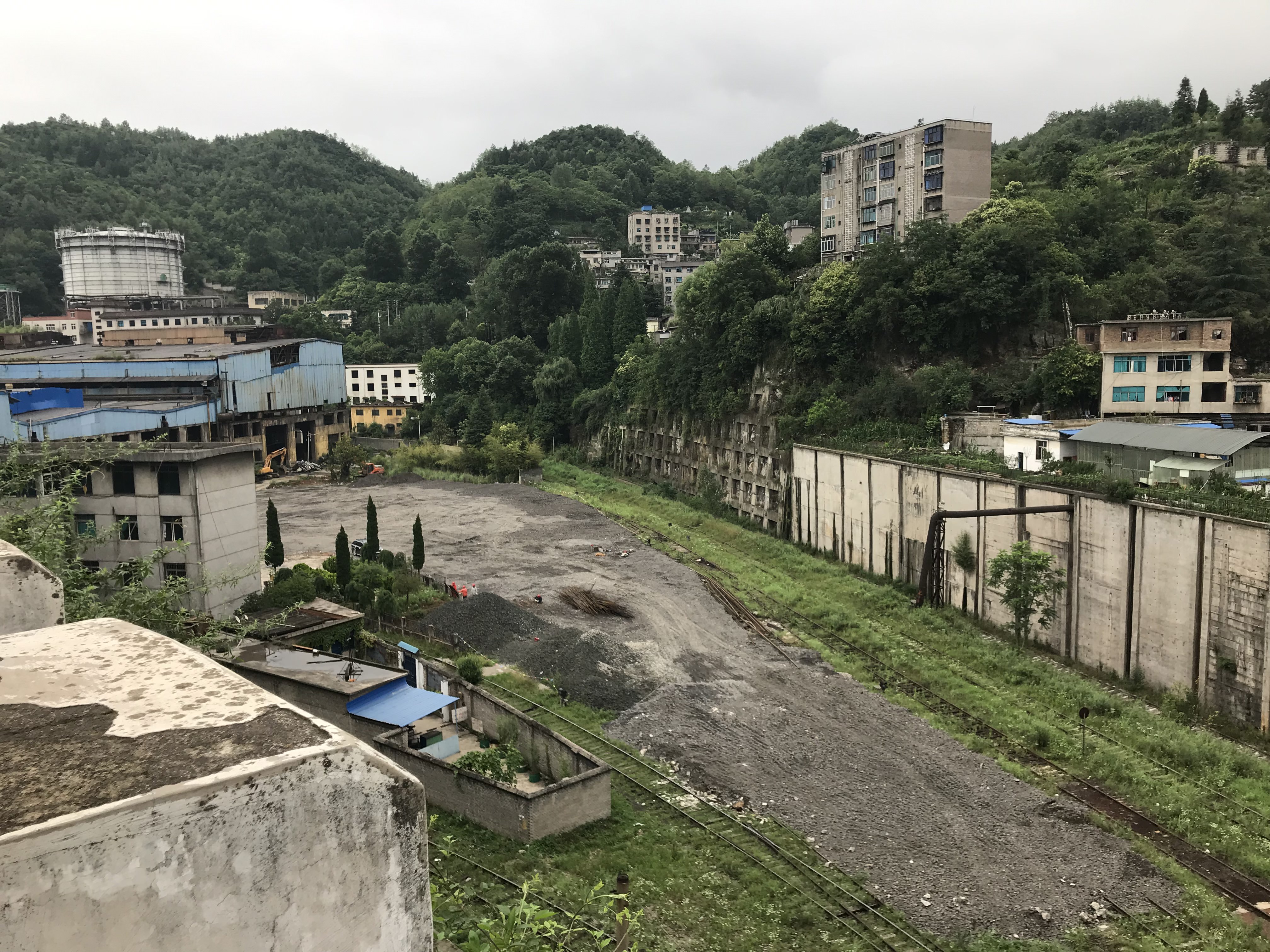 Afterwards, we returned to the “capital of cool,” which, while not without its own problems, is a world apart from the soot-stained old town. As I looked around, however, the new town seemed different somehow. The clean-swept roads and gleaming shopping center now icons of impossible perfection.

I realized that, despite our shiny new cars and quiet suburban houses and Fourth of July neighborhood barbecues, we are all the children and grandchildren of the disadvantaged. Inequality is a reality that we all too often tuck under the rug and seldom see in the mirror.

That day in the city of incredible contrast, I discovered a new perspective and a better way forward. To watch. To listen. To empathize.