Mood and Productivity, Pt. 1: Does happiness live up to the hype? 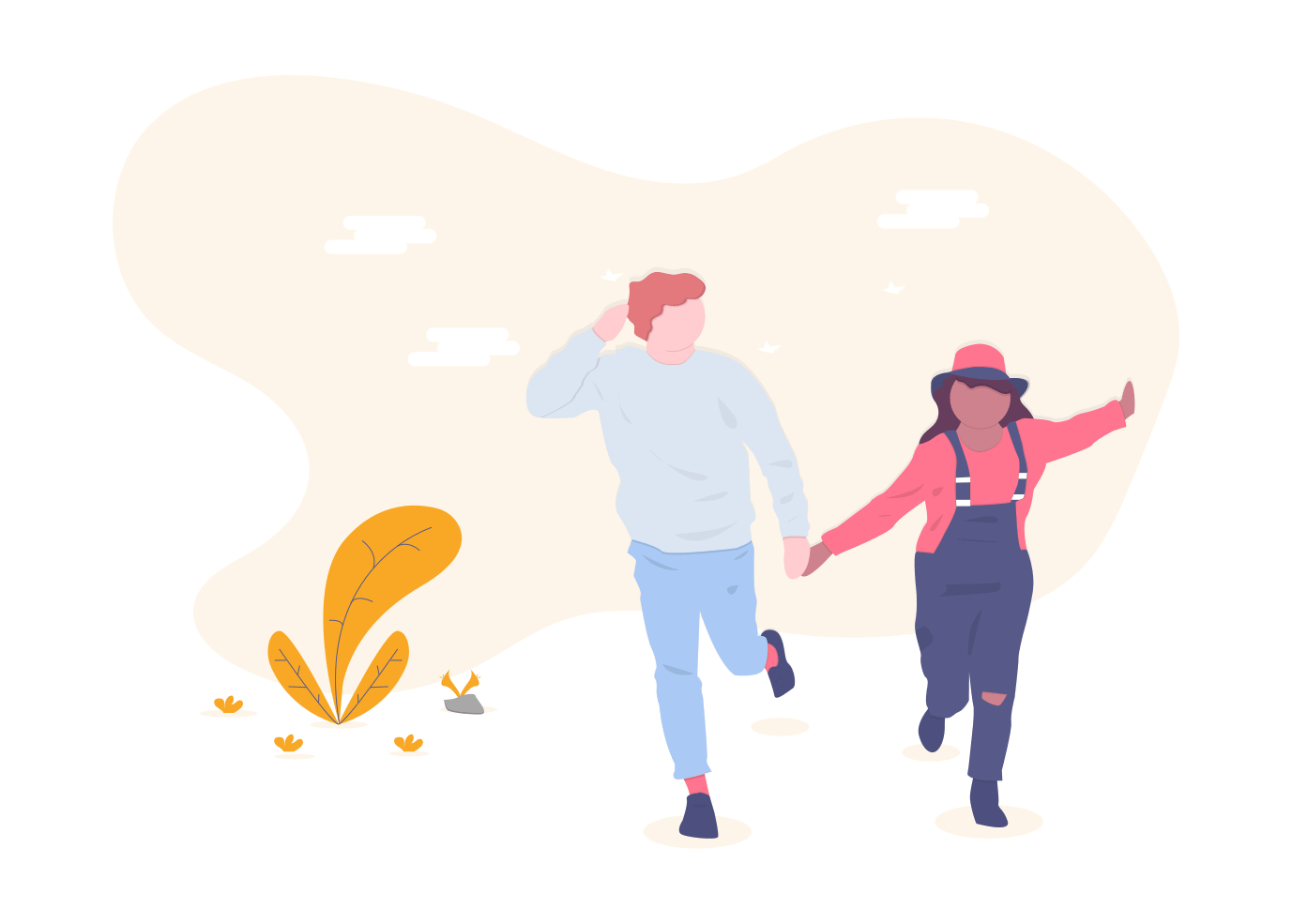 Today, Vincent Van Gogh is indisputably recognized as a gifted creative. In his lifetime, however, he was unsuccessful by nearly every measure of the word: his art was never commercially appreciated, and many of his contemporaries considered him a madman. Suffering from severe depression for his whole life, van Gogh famously severed part of his own left ear, after an argument prompted him to start hearing voices. When he was thirty-seven years old, van Gogh walked out into a field and shot himself with a revolver.

Van Gogh represents the classic ideal of the tortured artist. Alienated, misunderstood, yet ruthlessly innovative. Strangely enough, he is not alone in this predicament. Some of history’s greatest creatives were notably depressed, including Ernest Hemingway (The Old Man and the Sea, A Farewell to Arms), Sylvia Plath (The Bell Jar), and George Orwell (1984, Animal Farm). It’s enough to make one wonder if the trope of the tortured genius is not the exception but in fact is the rule.

Our increasing understanding of neuroscience and psychology gives us revolutionary insights into how our brains work. This knowledge allows us to explore the surprising links between mood and productivity. Used properly, this knowledge could enhance creativity and work output, all without compromising life satisfaction. In this series of articles, I will draw on history and science to address a potentially controversial series of questions relating mood and productivity:

First off, let’s turn our attention to a hot topic of the moment: happiness. There is certainly great value to the pursuit of happiness, but neglecting the less desirable emotions may not be sustainable. Where should happiness be applied, and when does it hinder us more than it helps? Read on to find out.

Mood and productivity, Part One: What is happiness good for?

In the modern world, there is no shortage of “positive psychology” books, videos, and courses promising to help people find happiness in life. All these sources take for granted that happiness is an ideal goal. Intuitively, it seems obvious: a happy life is a good life. And yet, a growing body of evidence demonstrates that happiness is just one facet in living a life of fulfilment. What follows is an attempt to question the assumptions of those who promise the “good life” through happiness alone by presenting a more nuanced and scientific perspective, along with a guide to the areas where happiness might be best applied and where other emotions are more effective.

To determine the usefulness of a positive mood in measurable terms, we need to somehow measure how “good at thinking” a person can be, then see if those metrics change for happy and sad people. How can we measure that? First, by looking at easily studied traits, like short-term memory, then by applying such specific knowledge to a broader concept like creativity.

So how does happiness stack up on these metrics? Well, studies have demonstrated that there appears to be a link between positive mood and improved memory. Meanwhile, creativity is an area where being happier might not always improve performance.

Justin Storbeck, a psychology professor at the City University of New York, studies the link between emotion and cognition. In 2015, a study of his found that a positive mood increases working memory capacity—that is, the more correct way of describing “short-term memory”—when compared to neutral and negative moods.

The study considered both verbal and spatial memory. Undergrad students were first induced to have a certain mood: the happy group was shown a 5-minute clip from Jerry Seinfeld: Stand up in New York, the negative group 5 minutes from The Champ and the neutral group 5 minutes from If Dolphins Could Talk. The participants were then instructed to complete a verbal task and an operation task. In the verbal task, participants were shown a list of 3, 5 or 7 words for 3 seconds each. Then—here’s the catch—the operation task interrupted their focus: after the last word was shown, participants were asked to analyze several math problems (e.g., “6/(3-2) = 0”) and indicate whether the equations were correct. Finally, they were asked to recall what words were presented in the verbal task, and in what order. The researchers then repeated the experiment, this time substituting the word-recall task for a task where participants memorize the locations of boxes presented in a grid.

Earlier research seemed to indicate that positive moods were better for verbal memory, whereas negativity enhances spatial memory. In this study, however, the math problems served to help measure the persistence of memories through an unrelated task. This method revealed that a positive mood improved participants’ performance on both verbal and spatial memory, supporting the idea that happiness is good for remembering all kinds of things. Storbeck goes on to cite a possible neurological explanation: “positive mood increases dopamine, which is an important underlying biological mechanism for executive control and working memory.”

While focused on a relatively narrow segment of the population (undergrad students in New York), this study’s implications for society at large could be enormous: if happy people truly think better than sad people, governments should consciously invest in the happiness of their citizens. Likewise, companies should recognize (as many already have) that a happy employee tends to be a productive employee. In this light, promoting positive psychology is not just a moral obligation but a pragmatic choice with quantifiable benefits.

But that’s assuming that Storbeck’s findings with regard to working memory capacity hold true for all the other metrics of cognition. Is that really the case? Let’s take a closer look by examining another measure of brain function: creativity. In today’s high tech economy, innovation is crucial to economic growth. Creativity is a requirement for innovators, and the question for many ambitious individuals is how to nurture and sustain creativity. Specifically relevant to our current discussion is how mood, positive or negative, can be leveraged to increase creativity.

Happiness can improve or hurt creativity

Creativity is often thrown around as a blanket description for a complex batch of useful brain functions. But what is it exactly? For now, let’s call it the production and execution of original ideas.

Depression, obviously, is not a sustainable method of creativity. In fact, depression debilitates an individual, and we should not wish on anyone the fate of the tortured geniuses like Vincent Van Gogh and Sylvia Plath. Mild sadness, however, is a normal and healthy emotion that plays a vastly underappreciated role in our lives. In fact, research completed by professor Joseph P. Forgas at the University of New South Wales has determined that sadness can, among other things, improve (long-term) memory, improve judgement, and increase motivation. Happiness, meanwhile, caused the opposite to occur in these studies, diminishing the participants’ abilities to perform these critical cognitive functions.

So maybe happier people aren’t necessarily smarter people. Barring the negative extreme of depression, a little bit of sadness can go a long way in improving performance at certain tasks. In other words, sadness can be an asset in pursuing the second part of creativity: the execution of ideas. But what about the production of original ideas?

Here, evidence favors the happy. A 2008 meta-analysis of mood-creativity research revealed that happiness produces a measurable increase in a person’s creativity, whereas emotions like fear and anxiety are linked to lower levels of creativity. Meanwhile, less active moods like relaxation and sadness demonstrated little correlation with creativity. In other words, being happy allows you to come up with more original ideas, which are the first requirement of creativity.

It seems that happiness is good for producing ideas, while sadness can help us follow through with them. Both are critical stages of the creative process: Ideation is nothing without execution. Execution is worthless without ideation. In the same way, perhaps, happiness is nothing without sadness, and the full array of human emotion as well. Amidst the deafening hype of positive psychology, it’s often useful to slow down and remind ourselves that there are specific areas where happiness is appropriate, and others where sadness might serve us better. “Being happy” is just one element of the diverse source of fulfilment.

Rather than using our increasing understanding of our minds as a weapon to promote an ideology, we can apply a rigorous approach of questioning, so that, even in this nuanced mass of information, we can eventually puzzle out a better way of life. When we do discover it—given the spectacular complexity of human psychology—we can probably rest assured that the secret to a good life doesn’t fit into a soundbite.

Here are some works that I drew content from:

« Oatmeal and Emergence: How a whole can be greater than the sum of its parts The Many Definitions of Intelligence »
comments powered by Disqus